The company will develop the LDeX3 facility on the LDeX campus in Trafford Park adjacent to its two other sites, after acquiring LDeX in December 2018.

The 10,000 sq ft data center will be built to Tier III specifications and will house up to 300 racks. The project is currently underway but a company representative told DCD that it is still “in its very early stages.” 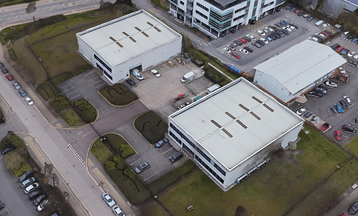 An iomart spokesperson said: “Tier 3 is one of the highest standards, meaning that the data center has systems, protocols, and equipment in place to allow staff to make upgrades, fixes and/or changes without interrupting services to customers.

“iomart will be making a significant investment in the site to meet the growing demand for data center and cloud computing services in the Manchester area.”

CEO Angus MacSween said: “We are in the final planning phases for the investment in the Manchester data center acquired with the LDeX acquisition.

“This investment, which we are aiming to ensure will bring with it [an] official Tier 3 certification, will be a well-received addition in the fast-growing technology and communications sector around the Manchester area.”

WP Beginner Users Get a Free Domain and 62% off HostGator...

Intel and Lenovo partner on HPC and AI initiatives

The best managed web hosting of 2019

No time to manage and maintain your server? Leave it to the experts

Why a Dedicated Server is Essential for Success of any...

Cloud Leadership Summit 2019 successfully brings together leaders in the Indian...